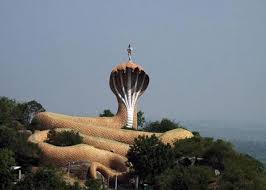 Visakhapatnam is a major port and the second largest city in the state of Andra Pradesh on the east coast of India with a population of approximately 1.3 million. The city is nestled among the hills of the Eastern Ghats and faces the Bay of Bengal to the east. It is the administrative headquarters of Visakhapatnam district and is also home to the Eastern Naval Command of the Indian Navy. Visakhapatnam is often referred to as The Jewel of The East Coast or The City of Destiny.