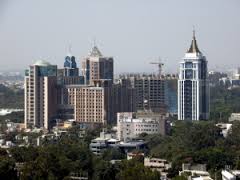 Bangalore is the capital of the Indian state of Karnataka. Bangalore is nicknamed the Garden City and was once called a pensioner’s paradise.Located on the Deccan Plateau in the south-eastern part of Karnataka, Bangalore is India’s third most populous city and fifth-most populous urban agglomeration. As of 2009, Bangalore was inducted in the list of Global cities and ranked as a “Beta World City” alongside Geneva, Copenhagen, Boston, Cairo, Riyadh, Berlin, to name a few, in the studies performed by the Globalization and World Cities Study Group and Network in 2008.